I’m looking forward to seeing some familiar faces from Nairobi at the writing workshop being hosted by ALiGN Media Lab at Carleton University. I met several of the participants when I interviewed them last August in Nairobi. They have some incredibly powerful stories to tell. Has digital media ever helped you tell an important story? 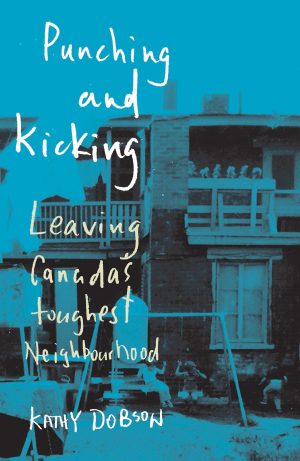 Kathy has been invited to present at Wilfrid Laurier University later this month, discussing the social construction of poverty through mainstream and social media.

This week is Freedom to Read Week, an annual event that encourages Canadians to think about and reaffirm their commitment to freedom of expression and intellectual freedom, guaranteed under the Charter of Rights and Freedoms.

Carleton University has a series of events planned throughout the week; As the author of a challenged book, Kathy will be kicking off Carleton’s ‘Readings from Banned and Challenged Materials’ event by reading from her book With a Closed Fist. Members of the Carleton community will also be reading from other challenged and/or banned books.

From Carleton’s School of Journalism and Communication News page:

“A book written by PhD student Kathy Dobson, in the School of Journalism and Communication, will be the focus of a panel at the How Class Works – 2016 conference at Stony Brook, New York, this coming June.

The panel, “Writing the Class Out of Poverty: Autobiography, Gender and Consciousness in With a Closed Fist: Growing up in Canada’s Toughest Neighbourhood,” was proposed by Dr. Herbert Pimlott, a professor in the department of communication at Wilfrid Laurier University in Waterloo.

The panel will be addressing the themes of class and culture, and race, gender, power, and social structure. Presentations will introduce and discuss Dobson’s 2011 memoir, which provides an account of the challenges facing a poor family headed by a single mother on welfare in Montréal in the late 1960s from the perspective of an eight-year-old child.

Dr. Pimlott says Dobson’s memoir is both an exemplar of the long tradition of the classic working-class cultural form, the autobiography or memoir, and a unique perspective of telling the story of growing up poor without judgment.

“This presentation will position Dobson’s memoir within the larger tradition of working-class writing in the Canadian context, and with reference to developments in working-class writing since the 1970s, including references to particular writers, such as Helen Potrebenko and her 1975 novel, Taxi,” says Dr. Pimlott.

The presentation will also argue that Dobson’s work is significant because it illustrates the issues that fuel divisions within the poor in a large city but also implicitly addresses the issue of whether the poor can be considered a separate category to or part of the working class, as Michael Zweig, Jack Metzgar and others have considered.

Kathy Dobson is looking forward to discussing her current research in an additional panel, where she will be presenting a paper on how people living in poverty are represented on social media.”